A downloadable game for Windows

Softly I rise and fall, at the complete mercy of the waves. Is it as peaceful as people say? Don't have the energy to swim back to shore, nor the desire. Nothing but the sound of water filling my ears. Drifting away now, I feel nothing. As I enter my eternal slumber the deep beckons me.

A first person psychological-horror set in the mind of a drowning person's final moments.

Mind At Sea was originally made to challenge myself to learn more C++ but ended up becoming a finished project that I completed in 3 weeks. I've released it on Itch.io for free so that anyone can try it and give me feedback. If you do play it let me know what you think!

Hi, I played your game for a 3 random horror games video, and I must say I really enjoyed it!

The game has a great atmosphere and aesthetic, you can tell a ton of time and love was poured into this project!

The only negative I have in my mind is the walking speed while crouched in the water segments, but other than that an excellent experience!

Thank you so much for your great feedback! I really enjoyed your video and glad that you liked the game!

You make a good point about the crouch walking, I'll bear that in mind for the future.

Cool game and surreal experience! I liked the narrative of the game and thought it had a somber mood and atmosphere! great job!

I'm happy you enjoyed it! Thank you for playing!

I really enjoyed your game! Genuinely creepy and eerie and i did not expect the game to be what it was so it was a pleasant surprise! I’m a beginner youtuber so excuse the quality of the mic, but here's my video! Thanks for reading/watching 💜

I'm so glad you enjoyed it! It was great fun to watch your video and see how you react! Thanks so much for playing!

Reply
jordanthompson77 days ago(+1)
Really blown away from this experience. It honestly felt very terrifying and claustrophobic. I would have like to seen more of the abstract puzzle solving along the way -- but what's already here is really, really great. Thank you for respecting the players time as well, I died after collecting the objectives and was worried I would've had to start all over -- bless the save states.
Reply
Cameron Harford76 days ago(+1)

Very happy to see that you liked it! Yeah, I didn't want anyone to feel like it was a slog to get all of the Blessings again. Thank you so much for playing and leaving your wonderful thoughts!

Reply
The Twitchy Witchy77 days ago(+1)

Fantastic job, absolutely loved the environments and the presentation of the concept. As a graphic designer, I'm a sucker for typography and even down to the font choice was 10/10.

Thank you so much! Super thrilled you enjoyed the game (and the font)!

Love the atmosphere! I somehow got lost towards the end and spent a lot of time trying to get through a different door so my playthrough is pretty long. I think I almost got stuck in some terrain while I was wandering but got out eventually.

I really like it though, it was one of those games where the game world stuck with me after I stopped playing. Can;t wait to see more from you!

Thanks for giving your thoughts! Super useful feedback. I'll see what I can do to make it easier to find where you're supposed to go. Also, never seen two divers in the last area before! Will need to sort that. Happy you enjoyed it though!

This was very good! Extremely terrifying. It also helps that I'm deathly afraid of the ocean! This game had me shook. Great buildup of tension. Here's my playthrough:

Glad you enjoyed it despite your fear! Your video was great to watch, thanks for playing!

Played it, It was very good. Graphics were great and the game play was solid.

Thanks for playing! Happy to see you enjoyed it and your video was great!

This is so cool. I like it. So scary and creepy!

Thank you so much for playing!

Glad you enjoyed it!

pretty solid. Rough around the edges. But definitly good for starting out!

Thanks! Definitely got things to improve but it was a great learning experience.

Hi there, I am a youtuber and I hope to get some support from you guys by leaving a like and subscribe at my channel.

To me, Psychological horror is something that scares you from the within like a storyline that is extremely unsettling and disturbing which makes you feel afraid and anxious just because of the storyline or the atmosphere and environment of the game. Having said that, I felt that having someone chasing you as you fulfill the tasks does not really appeal to me as a psychological horror game.

Other than that, this is a great horror game and I hope to see a more well-thought storyline of the man drowning in his final moments like an exploration of his past life before he gives up and die.

Psychological horror deprives on playing with your mentality/emotions to frighten, disturb or unsettle (that's the definition). This game can potentionally disturb people due to its usage of clausotropy and sense of helplessness (it got me uncomfortable!) depending on what they find scary

Hey there spectators and Dev,

Mind at sea was a beautiful and terrifying experience.  More so for me due to the fact that I hate being underwater in the sea.

The visual were calm and yet strikingly beautiful and the short yet intense chase moments had my heart beating like a racehorse.

Thanks for letting us see your creation dev

Thank you so much for your great description and very glad you enjoyed it! Super happy you got the message and your video was a joy to watch.

I really like this game it's a little confusing to me but I'm still getting there and here is the first video of my let's play. I hope you like it.

Hey! Thanks for playing! Your video was super useful for feedback so thanks for making it. I'll see what I can do about the stuttering you had about half way through. I'll also add some hints as it isn't very clear what to do at points. I noticed there were some sound stuttering too, was that ingame or just in the recording? 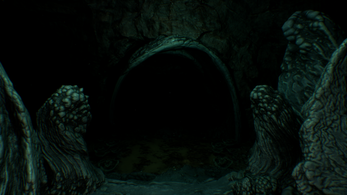 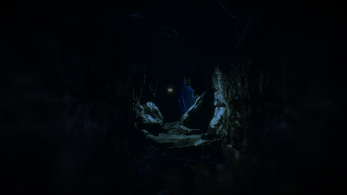 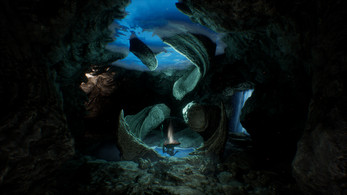 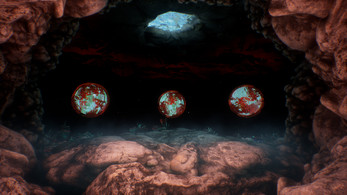 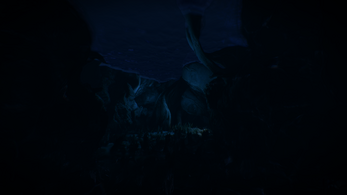